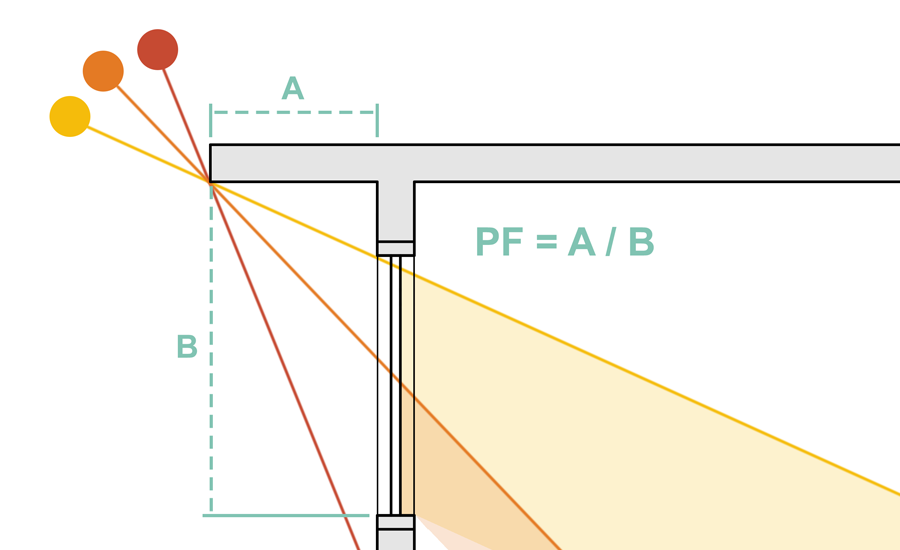 Originally published on February 15, 2019 by BNP Media through the Building Enclosure Blog.

The ASHRAE definition of projection factor, as offered in ANSI/ASHRAE/IES Standard 90.1-2016, is as follows:

It is also important to acknowledge how ASHRAE defines fenestration:

fenestration: all areas (including the frames) in the building envelope that let in light, including windows, plastic panels, clerestories, roof monitors, skylights, doors that are more than one-half glass, and glass block walls.

Stated differently, the projection factor is a simplified method to account for the performance improvement of fenestration that is protected from direct solar radiation by exterior horizontal shading. The projection factor is based on the ratio of an overhang/shading device depth (A) to the overhang/shading device height above the glazing assembly sill (B) (see Figure 1).