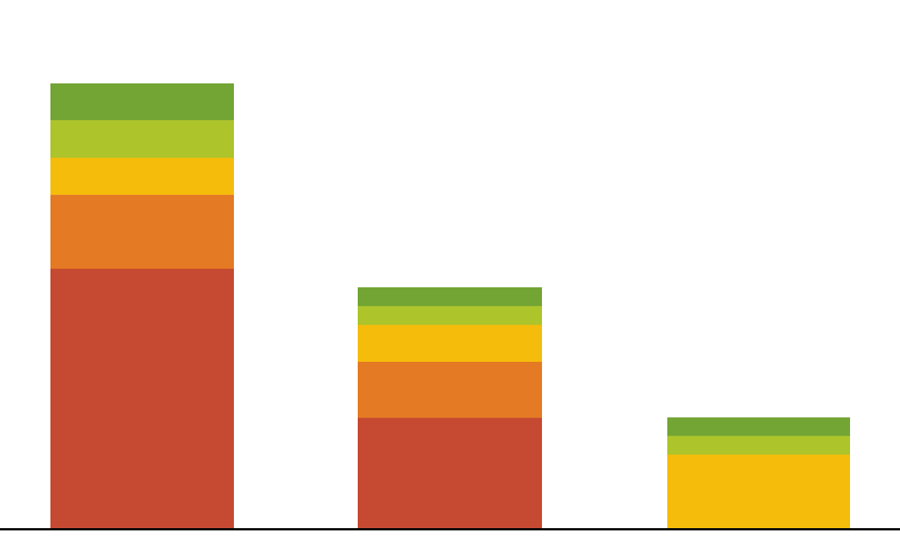 Originally published on March 2, 2020 by BNP Media through the Building Enclosure Blog.

The building design and construction industry is at the cusp of sea change in how we quantify and consider carbon emissions in the built environment. Any strategy toward reducing the greenhouse gas (GHG) contributions of the building sector will require a rigorous, comprehensive approach to carbon emissions. Toward this end, I offer five considerations.

The units by which we measure the equivalent carbon emissions contributions of our buildings can be confusing. The units are unfamiliar to many professionals and they are inconsistently applied. On a per unit area basis, the two most common metrics are:

Conversion factors are as follows:

There is no silver bullet to fixing the problem, but existing buildings are close.

Embodied carbon matters now more than ever and as Carl Elefante, FAIA, 2018 AIA President has stated, “The greenest building is … one that is already built.”

Larry Strain, FAIA, recently put the carbon contribution of existing buildings into perspective. Currently, about six billion square feet of new construction are built every year in the US. By Stain’s estimate, if we make reasonable assumptions about this new, code-compliant, energy-efficient component of our total building stock, it will generate the equivalent GHG emissions of about 40 million tons of CO2 every year – less than one percent of total annual US emissions across all sectors.

The embodied carbon of six billion square feet of new construction will generate something on the magnitude of 350 million tons of equivalent carbon emissions – just over a third of the total annual US emissions.

However, according to Strain, the operating emissions from our existing building stock is currently around 2.3 billion tons per year – more than a third of US annual emissions; a daunting contribution which presents a staggering opportunity. If we do not effectively address operating carbon from existing buildings, reduced embodied carbon in new buildings will not matter much.